A Walmart Manager’s Wife….During a Pandemic 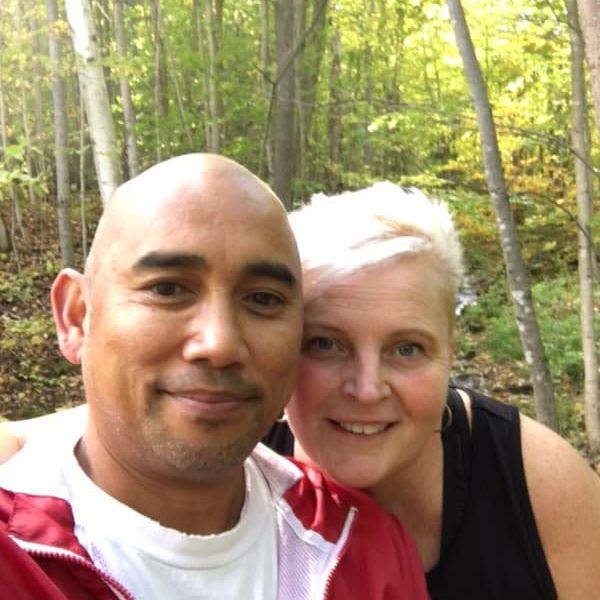 I didn’t marry a police officer, or a fireman or for that matter a doctor or a nurse. All jobs that come with an element of risk just by their very nature.

I married a man that throughout his meandering career ended up as a Manager of our local Walmart store and in my humble opinion, he is a great one. He has always cared for what he likes to call his “folks” like they were his own family. The ‘folks’ are his staff, a staff that he loves and respects dearly. People that over the years that he has managed this store he has watched be married have babies, get divorces and lose parents or spouses.  He has mourned with them with the passing of fellow staff members.

He is a man with many gifts and talents, well educated and has the spatial ability to organize that would rival any Tetris player. He is a good manager, fair, reliable and has given his all to turn his store around in the years that he has been there.

I am his wife, the woman he married. Yes as a woman married to a man who manages a multimillion-dollar retail giant that some people loath and some love, I knew there would be trials and tribulations in our life, but never did I expect risk, it was just not on my radar.

But then the world changed.  My Walmart Manager husband now is part of the front line risking his life so that we can buy groceries. He has very little time off because policies and procedures change every day, therefore,  even if he has taken some time with his family, the implementation of those policies and procedures need to be done daily, family plans get sidetracked. His daily routine of coming home has changed as well. To lower any risk of what he may be bringing home he makes sure to disinfect anything that he may have used at work and heads immediately to shower and change his clothes before any of us touch him. But for him, all of that is just part of his job in this new world.

What keeps him up at night is the thought of his folks, the people making just over minimum wage to risk their lives to make sure that we have groceries. He worries about them and their families if someone was to contract this virus. To keep them safe he has implemented some really strict protocols, before many other stores, to protect his folks. Only 50 people in the store at one time, one-way isles, 1 cart per adult, a maze of products to protect them. Every day and every night he wonders if he has done enough.

All of this is a learning curve for all of them. Staff who normally could stock a shelf beside each other and chat about their day are now no longer able to work together but are to work on their own. Every day he and his assistants are hit with new policies and try to make sure that they implement them properly. His amazing spatial awareness has come in handy as he ultimately rebuilds the store.

Who do they do this for? Us, that is right, us. So that we can still shop, get our basic necessities and get out of the store. I don’t go into the store right now.  I have no idea what goes on in the day to day operations with customers except what he and his staff tell me.

Where I do go is social media.

Many times I receive personal emails saying how great a job the store is doing and I love it when people send me posts of what other people have shared praising the store. It makes my heart sing to know that all the hard work that he and his staff are doing, the risks that they are taking are being noticed by the customers.

For those of you who have been amazing supporters to our family through all of this. I want to thank you. For all of the customers that take the time to talk to my husband and the employees to thank them simply for showing up, thank you.

You have no idea how much it means, how far it goes.

To my husband, you may not have been trained for this but man have you knocked it out of the park and I am so proud.