Mother of a Hip Hop artist…….a story inside the song 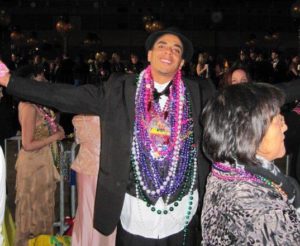 That year…oh that year. I think as parents most of us have them. That year or many that once you see them in hindsight you wonder what you could have done differently, what could have made it better. When you are in the thick of it, you simply are trying to get through but 20 years later you realize the impact that the entire thing had on your precious child. Guess what, you can’t go back, you can’t change it and wishing you could might just destroy the life you have now. One of the biggest lessons in my life is knowing that if you change even one little thing about your past your present changes and not always for the better.

Not all parents are reminded constantly of the rough years because they may not have creative children who write about it in their music. I, on the other hand, I’m the lucky one. I get to see and hear the story that my son has about his life, the good, the bad and the ugly because he writes it into most of his songs. Because of this, I hear things about moments in our life that I may not have remembered the same way simply because I was an adult and he was a child.

In many ways, his Hip Hop Rap songs remind me very much of the country music that I listen to. It is a story about his life, but you see his life is not told by a white man or woman living in middle America. His story is told from a mixed-race perspective in a body that the rest of the world only sees as black, his story has the pain and the anguish of that incessant racism and the poverty he experienced in his life with a single mom.

I listen to his music quite often, honestly, I love him live over recorded music but I do love most of his music. Hip Hop and rap are not necessarily music that I seek out, but I do love to listen to the beats he puts together and I love his lyrics. As his mom sometimes those lyrics make me want to cringe because I hear about his sex life and violence that I don’t really want to hear. Then there are the lyrics, that as his mom breaks my heart in two, those are usually lyrics about parts of our life that honestly sucked, but that I can never go back and change.

This weekend he released a video for one of his songs “Still Muddy” and as I listened to it again I was transported to that year. The year I wish we could just skip over, but we can’t.

When he was 9 years old we moved to a very affluent area in Ontario, close to his Grandma and Poppa so that I could go back to University and finish up my degree and also work full time. In the summers it was wonderful because he got to spend so much time with his Gramma and the two of them were like 2 peas in a pod with a deep love connection.

Without much thought, I brought my child to this city, and honestly at the time between school and work I wasn’t around much. In the winter’s his Gramma was south so the majority of his time was spent with an amazing babysitter who lived up the street. If he wasn’t with her he was attending lectures and tutorials with me or hanging out in a restaurant, sometimes even running the dishwasher.

Life at school was pretty rough, not only were the kids extremely racist but so was his teacher. His mom, for most of the time, was pretty dismissive, thinking things weren’t really that bad, he was just making excuses because he didn’t want to do homework.

Then we got robbed. Yep, the two people who scraped by to buy groceries now had our house turned upside down and had all the jewelry that ever meant anything to me was stolen. It was not only a violation of home, but I felt raped. The thought that someone had been through my underwear drawer. Both of us felt unsteady about everything.

His very best friend at the school that year, the only one who ever really made him feel like a normal kid, had a great mom who volunteered in the class. The day she came to me was the day my heart completely sank. She said “I’m not sure what to do with this, but the teacher treats your son differently than the other kids. I don’t know if it’s a racist thing, a new kid thing, but she is not nice to him and makes everything harder for him.”

Well, after days of crying, I put on my momma bear suit and headed to the school. And continued to visit the school on a regular basis because they simply did not believe that there were any real claims to what I was saying and the mom didn’t want to say anything to the principal. They wouldn’t move him to the other class. My hope was that he would just get through the year. Afterall at the front of the school there was a plaque stating that racism would not be accepted, did I not read the plaque?

What does a nine-year-old boy do when he is being treated as “ less than”? Well, this boy did the only thing he thought he could do, my sweet boy became an asshole. He was going to prove that all of the nigger and black stereotypical jokes that they told were about to come true. If they weren’t going to befriend him, they would fear him. He succeeded and he changed.

The sweet young innocent boy that entered that year came out of that year torn, destroyed, and ready for a fight.

When I listen to that song, I think of all of the things I could have done differently, more fighting that I could have done and sitting here as a 52-year-old woman I can tell you all of the things I would have done. But that young woman who just desperately working full time, saving to buy a house and finishing up her degree didn’t have much room in her life for perspective. Keeping my head above water was about the extent. Existence was the name of the game.

Jump ahead 22 years and this young man is about to be a dad in about 2 weeks and I could not be more proud of the man that he has become. I am glad that writing has been his outlet to help him process through his life pain. So many of us, hold that pain inside for years and years reliving those moments and staying in the same pain and never moving on.

Parenting is the hardest job you will ever have. Mistakes will be made, big ones. God knows that this little story is only one moment in time where I fell short as a parent.

BUT, and this is a big but. I always lead with love. I did great things in love and I fucked up royally with love. If he knew nothing else in his life what he did know was that he was loved.

I’m not sure if he’d like me to regret those years, I’ve never asked. But I can’t. Regret only hurts the life you lead now.

So here is my wish for you, especially parents. You may have really messed up. Your kids may have been hurt and wounded and you might have missed it because your lens was different from theirs. Let it go and forgive yourself. You can’t go back and you can’t change it. You can only apologize, move on and most importantly find the lesson.

As Maya Angelou says: “ When you know better you do better”

Here is the link to his newest song, maybe you will hear it from a different perspective now.